HIS Constructors, Inc. has a 20-year history as one of the leading environmental remediation contractors in the US. This reputation is built upon providing our clients with safe, high-quality work from a contractor they can depend on. From small underground storage tank removal projects to large, multi-phase Superfund remediation projects, HIS Constructors, Inc. has the experience to remediate almost any site. This includes sites contaminated with: PCB, lead, petroleum, beryllium, and several other chemicals. Our clients include both public and private agencies.

HIS Constructors, Inc. (HIS) was selected by the City of Terre Haute, Indiana to perform a MGP site remediation within their city limits. The project included the preparation and implementation of a Storm Water Protection Plan (SWPP). Tree clearing and erosion control were performed to prepare the site for remediation. Over 135,000 tons of impacted soil were excavated and transported to a landfill. It was necessary to demolish numerous underground structures, including stack foundation, tunnels, concrete pads, pits, tanks and piping. Backfilling was performed along with storm water grading and the installation of manholes and RCP piping was also included in the scope of work. In Situ Stabilization (ISS) was performed by a HIS Subcontractor. 6,500 hundred yards of soil was successfully stabilized meeting the engineer’s standards. 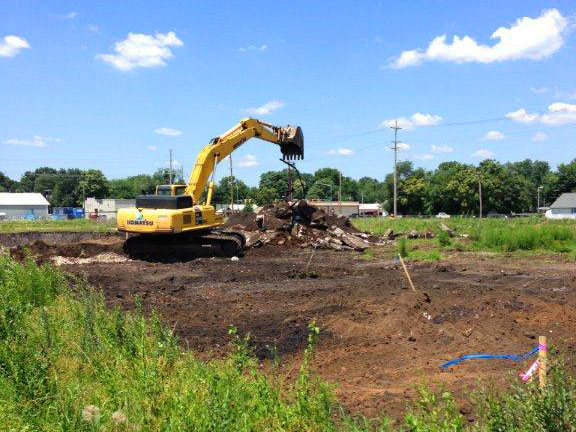 HIS Constructors, Inc. (HIS) continues to perform work for CH2M Hill and U.S. EPA at the Tar Creek Superfund Site near Picher, Oklahoma. The Tar Creek Superfund Site comprises 40 square miles and five towns, and constitutes the Oklahoma portion of the Tri-State Mining District, which covers portions of northeast Oklahoma, southeast Kansas and southwest Missouri. Tri-State Mining District was the largest historic producer of zinc and the fourth largest historic producer of lead within the United States with mining beginning in the late 1850s and continuing until the early 1970s. Mining operations resulted in the collection of large piles of mine waste called chat. The chat piles contain high concentrations of heavy metals and remained behind upon the end of mining operations, contaminating surrounding surface soils, surface water and groundwater. Additionally, after mining operations ceased, the underground mines filled with groundwater which eventually resulted in seeps of metal-laden and sometimes acidic mine water contaminating streams and shallow groundwater. HIS’ work at the Tar Creek has included excavation, loading and transportation of mine chat, managing the mine chat repository and remediating 84 residential properties contaminated with heavy metals. 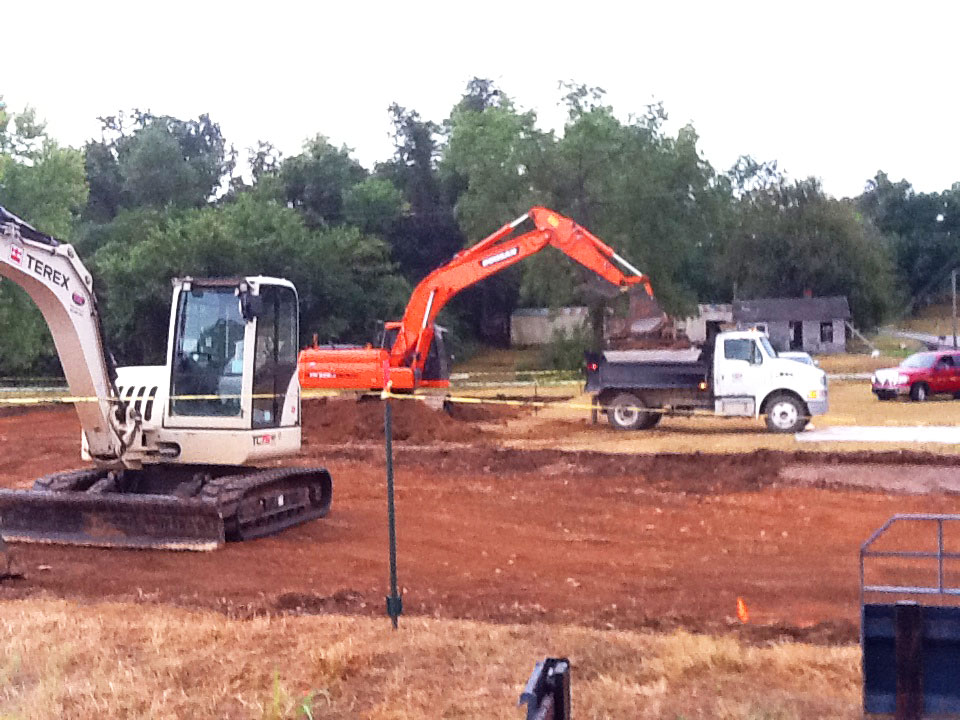 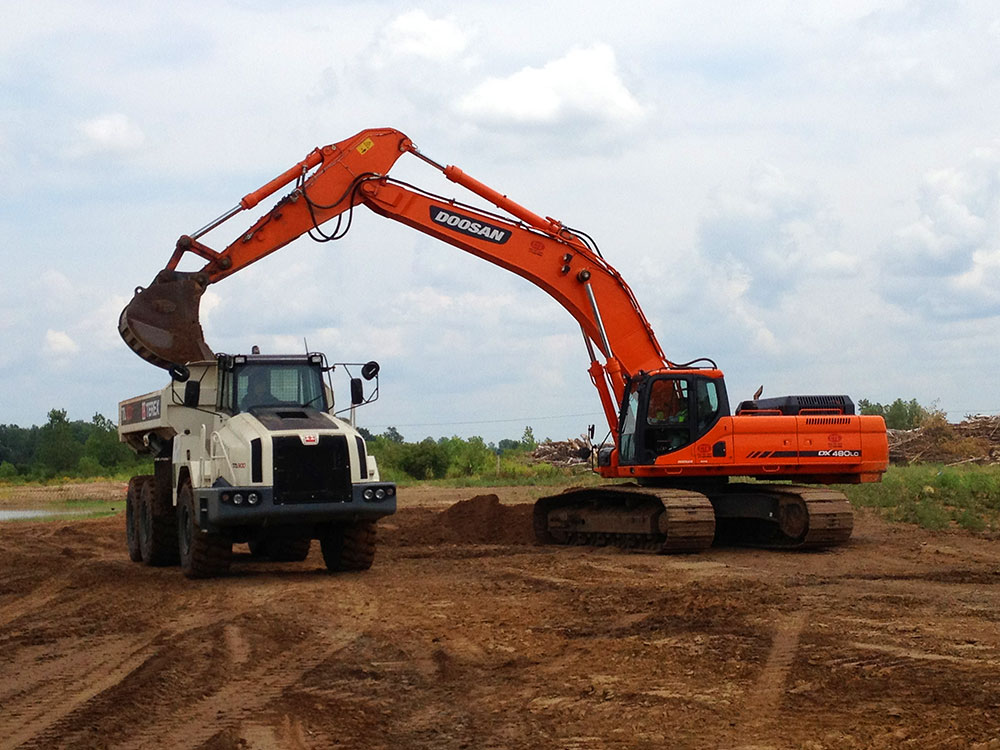 HIS Constructors, Inc. (HIS) was subcontracted to perform in situ stabilization of lead and arsenic impacted soils at an abandoned paint manufacturing site in Carteret, New Jersey. The contaminated soils were mixed with a stabilizing agent via mechanical methods and placed back into the on-site fill. An estimated 30,000 ton of impacted soil was treated.

HIS also drove approximately 400 feet of PZ27 sheet piling for shoreline protection during the excavation, stabilization process. Once the impacted soils were remediated, the sheet piling was removed. 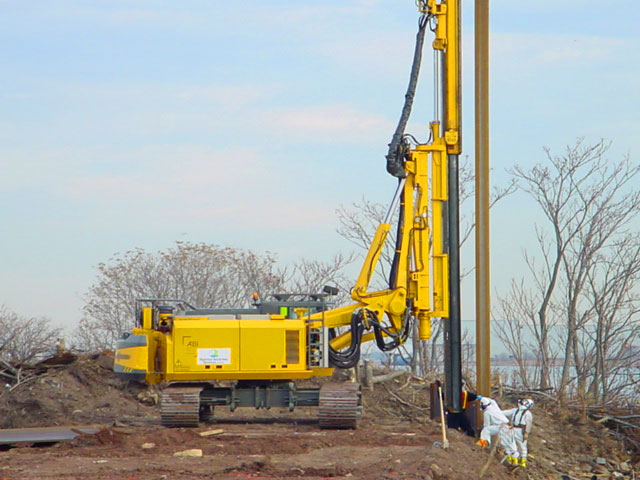 HIS Constructors, Inc. (HIS) was contracted through the US EPA to remediate the former Continental Steel Superfund site in Kokomo, IN. HIS excavated 20,000 cubic yards of slag material and installed about 350,000 sf. of geotextile. HIS then placed 48,500 cubic yards of soil to be used as a liner. Once construction of the cap was completed, HIS then installed a drainage conveyance system in the pond areas to assist with storm water control measures. 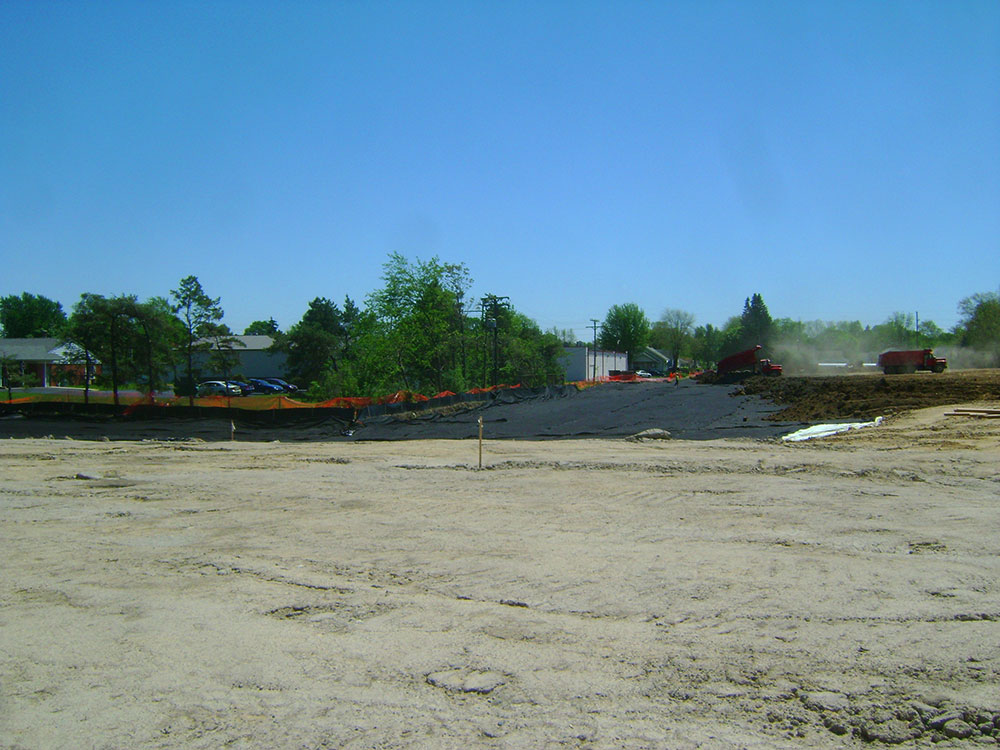 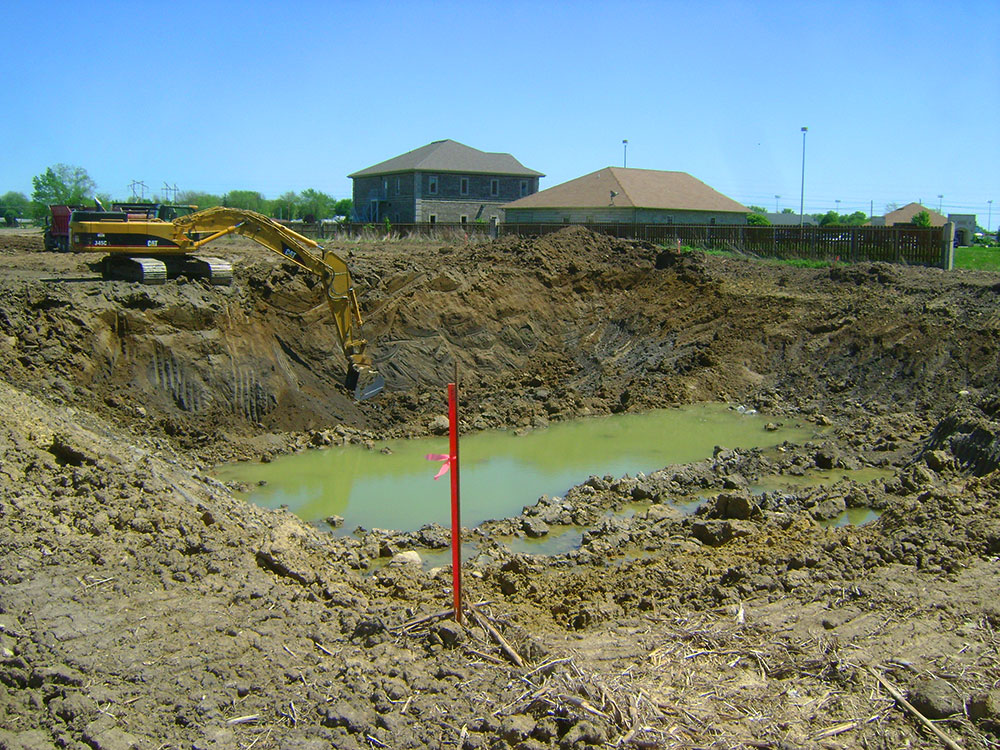